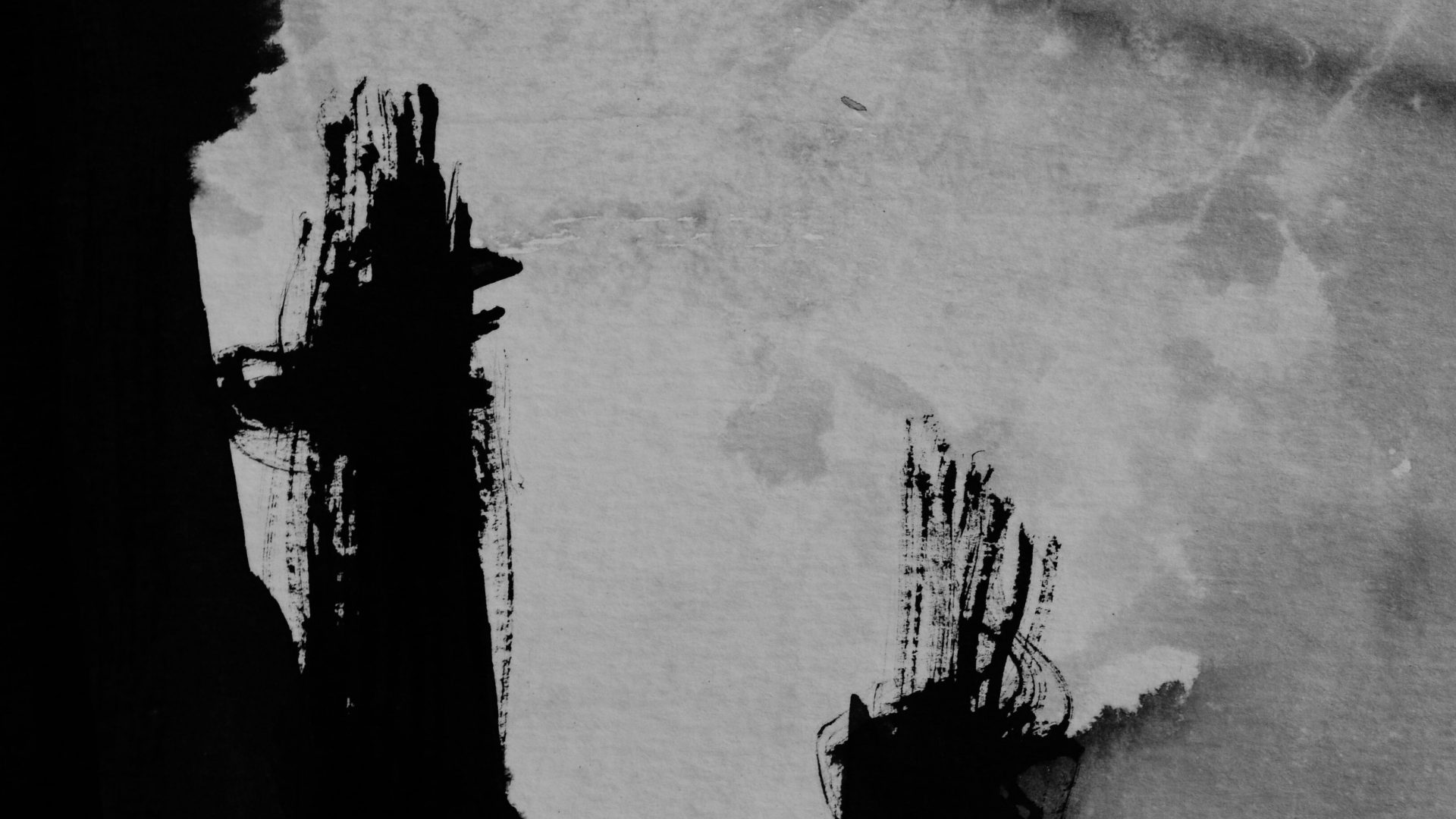 The following are the abstracts received, to date. More will appear and be posted as conference approaches.

Gil Anidjar - The Tradition of Destruction (Kafka`s Law)
The discourse of construction, production, and action dominates many a realm from political theology and economy to academic doxa and the sphere of law. In this paper, I propose to revisit Kafka’s “Before the Law” in order to interrogate the space left for us to think destruction as a complex correlate to action and production. In brief, I will be asking about the tradition of destruction.
Balbinder Singh Bhogal - Undressing Political Theology for an Animal-Saint Redress:
epistemology beyond thinking, pluriversality beyond pluralism
Human being without culture brings the animal body into view; but human culture without thought brings the mind without I into view. In a previous article, I have argued that modernity not only cost humans their animal self in the retreat of wild nature, but it also simultaneously cost them their mystic selfless-self in the evaporation of the heavens into the sciences like astronomy. There I argued that the “human” is a liminal, transitional form carrying the potential to metamorphose beast into saint. This is significant because the being of the animal and saint reveal an epistemology beyond thinking which contrasts sharply with the human’s cognitive entrapment in “I-Mind”.

Is a neutral perspective on human experience possible? What other than thought can ground knowledge “production”? Where do thoughts come from? Can there be thoughts without a thinker, as Buddhist’s argue? Can a political knowledge arise from stopping thought (ie, from meditation)? Such questions, reveal the parochial space of political theology, dressed in Christian garb for too long. I attempt to redress the dominance of the Euro-Christo-centric thinker by undressing his political thoughts, to unveil a pre-cultural, transhistorical universal through the sublime grammars of the animal and saint, and thus pushing towards a “political humanidevality” (human-animal-deva), where an Indo-Iranian deva replaces the Latin deus and Greek theos – intimating a possible integration of animal body with selfless mind, by disciplining the egoic and dualistic thinking of “I-Mind”. The knowledge that arises from this “I-less mind” or “mindfulness”, or universal awareness might offer different ways to formulate the notion of sovereignty, and thus, undress political theology’s dependence on human thinking, to encounter thoughts without I. This requires tapping into a neglected or missed or unthought epistemology arising from the embodied experience of humanidevality and its sovereign awareness.

Finally, even if thought it is to be the beginning, it should at least be comparative – which it has never been in the Christian West. I will argue for the ethical need of a new decolonial/pluriversal frame: “the Deep” has been imagined as tehoma but also as sunn-samaadh (the embodied awareness of universal essencelessness).

William Connolly - The Anthropocene as Abstract Machine
Placing recent work recent work in the earth sciences about diverse periods of planetary volatility before and during capitalism into conversation with Deleuze and Guattari on abstract machines, this essay reads the Anthropocene as an abstract planetary machine. It is composed by extractive capitalism, various class and theological resentments, a series of planetary amplifiers, and differential effects and responses in various regions of the globe, all working back and forth upon one another. To stall this accelerating machine a cross country pluralist assemblage must organize counter pressures at each of its intersections.
Mehmet Karabela - What is Political about Political Islam?
“Political Islam” has become a common catchphrase used in the post-Cold War scholarship to denote the politicization of Islamic religious principles and doctrines. A considerable trend in modern political science and Islamic studies scholarships has become invested in differentiating politicized Islam from religious Islam. Despite the differences in methodologies and approaches, both Islamic studies and political science have dichotomized the categories of the “religious” and the “political”. Therefore, this paper challenges the earlier discourse by questioning the very nature of the terms “religious” and “political” using the writings of Carl Schmitt.
Michael Northcott - Creaturely Theology After Brexit and Trump
The attempt of the UK to leave a political and economic union of 40 years standing, which supplies half of UK fresh food, medicines, construction materials, and much else that is essential to life there, combined with the attempts of the US under Trump to detach itself from multilateral projects such as the climate regime, biodiversity convention, and trade agreements, indicates that the global cosmopolitanism that underwrites attempts to mitigate climate change and biodiversity decline is at risk. In its place a new nativism has emerged – also now evident in elections in Brazil and Italy – in which those ‘left behind’ by neoliberal globalism withdraw their consent to other forms of globalism, including ecological globalism though not the globalism that sustains the consumer economy. Global cosmopolitanism is the outcome of the twentieth century nation state project which has involved the monopolisation by 193 national and territorial entities of diverse local agencies, ecological, moral and spiritual. How in this context do humans become natives to the Anthropocene? I suggest in this paper that the climate and biodiversity regimes, while presented as means to resolve the ecological crisis, represent denials of agency both of local human communities, and of other creatures, in composing habitable places and ecosystems. Before the rise of the nation state, first millennium Christian had a theology of salvation that included the agency of all beings, in which anthropic redemption involved the restoration of the cosmic community of beings both earthly and heavenly. Humans were the microcosm of the macrocosm and this analogical relation of humans to all other beings created a sense of co-agency, of mutual composition, in the larger work of cosmic redemption. In the climate and biodiversity crisis moderns believe they are the sole agents. Rediscovering a cosmology in which humans acknowledge and facilitate the agency of all creatures is the essential pre-condition for resolving the climate and biodiversity crises.
Noëlle Vahanian - Genocide and the Sin of Identity
Who dies for our sins? In his seminal work, The Cross and the Lynching Tree, James Cone suggested that the lynched Black man relives the death of Christ and dies for the White man’s sins. This paper, similarly, looks at the problem of genocide as the sin of identity. My hypothesis is that our strong notions of identity operate as declinations of self-deception whether innocent or deliberate. For instance, it is easy to look at someone like President Trump and suggest he suffers a form of pathological narcissism, but what is the link between this psychologization of his despotic character and what can be termed the sin of Whiteness? Likewise, one can look at his base as suffering a form of collective pathological narcissism. And, from this vantage point, the vilification of the other as criminal and threat is reminiscent of genocidal strategies. But, here too, what is the link between this aggrandizement of the national character and the sin of Whiteness? Now, I don’t mean to work exclusively along the color line, but rather to explore what has been termed this “imagined” Whiteness and to suggest it is, in part, to do with the callousness of thinking, condition of the possibility of a type of subjectivity. In this larger sense, who dies for our sins is the forgotten victim of a myriad genocides.
Larry L. Welborn - 'On the basis of equality,... that there may be equality': Paul between Protagoras and Rancière
Beneath the xenophobia and racism that poison social relations today yawns the abyss of inequality—the product of “an unprecedented regression” to an older form of political economy in which an oligarchy has unlimited power over the world (Badiou). An unrecognized resource of political will and spiritual fortitude in the struggle against this retrograde consummation of capitalism is Paul’s appeal to the principle of “equality” as the ground and goal of relations between persons of faith, hope and love. In order to give audibility to Paul’s voice, the paper extracts Paul’s appeal from the history of Christian interpretation and relocates Paul’s oracle within a stream of egalitarian thought that reaches from Protagoras to Rancière.